A short drama in one act

The Interview is a 15-minute one act drama about women in art and focuses on themes of nudity, racism, objectification, elitism and sexism in the art world. Split into two scenes from vastly different periods (Paris, France 1891 and Brooklyn, New York 2011), the overlapping action explores the psyche of four women with contrasting perspectives of the art world, and their subsequent struggle for identity and success.

Directed by Ted Gorodetzky, The Interview was been chosen by co-producers Richmond Shepard and Daniel Hicks to be premiered at the New Works 3 International Short Play Festival in Manhattan’s Flatiron district in 2011. 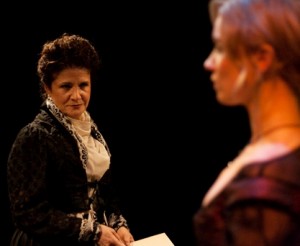