Summer, 1976 is a new chamber music composition for tenor and string quartet by composer Kim Sherman set to original poetry by Daniel Neer that illustrates the summer of a 10-year old boy in rural Ohio during a celebratory and troubled time in American history.

Divided into four movements that correlate to the summer months, June, July, August and September, and inspired by the metamorphic changes in a butterfly’s lifecycle, Summer, 1976 strives to portray the idyllic coming-of-age of a young boy in sharp contrast to the troubled world that lies just outside the farmlands of Ohio.

The goal of Summer, 1976 is to create a musical landscape and dramatic storytelling device, through the medium of chamber music, that captures the bittersweet portrait of a young boy preparing to take on the world. The poetry will be adapted to tenor voice, who in a semi-autobiographical manner is reflecting on his youth, while the strings take on the multi-dimensional task of fleeting from emotion to another, fitting the boys whim, while also foreshadowing the turbulent road through adolesence and finally the harsh wintry travails that come with adulthood. 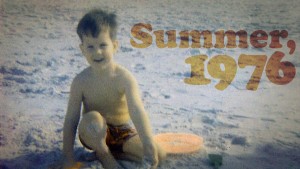 Premiere Performance of Movements i (June) and iii (August)