Daniel Neer enjoys a uniquely diverse career as a singing actor, clinician, playwright and librettist in the performance arts.  He was first introduced to show biz at the age of 18 as back-up singer and trumpet player in a country-western band, and went on to study music and theater at The Ohio State University, University of Michigan and the Royal Academy of Music in the UK.  Since then he has performed in many concert and theater venues, both in America and abroad, including appearances at such prestigious venues as Carnegie Hall, Lincoln Center, The Apollo, Royal Opera House Covent Garden ROH2, Guggenheim Museum, Chicago Art Institute, the Morgan Library, Aspen Music Festival and Radio City Music Hall.  On Broadway he has performed in two original companies: the Tony-award winning production of Baz Luhrmann’s La Bohème and the UK’s National Theatre production of Coram Boy, directed by Melly Still.  He has portrayed over 100 roles in theater, opera, operetta and musical theater, receiving critical acclaim for his diverse range of characterizations, and has recorded for Dreamworks, Albany, Newport Classics and Naxos labels.  As a champion of new works, Daniel has worked closely with many composers both as a writer and performer on projects premiering at New York City Opera, Center for Contemporary Opera, American Opera Projects, Galapagos Art Space, Harlem School of the Arts, The Flea Theater and The Kitchen.

Daniel is now finding new success as a writer.  In 2011 his first play, ‘The Interview’ received a world premiere as part of the New Works International Festival for Short Plays at the Richmond Shepherd Theater in New York City.  He is librettist for two chamber operas: Mercury Falling, which received great critical and audience acclaim at the Long Leaf Opera Festival, and Odes to Earth and Air, which received a workshop premiere at Adelphi University.  Among his many poems set to music, his epic poem The Gyre has received several performances including Yale University’s Morse Recital Hall and the Clearfield Salon in Philadelphia.  Daniel’s multimedia song recital for voice and harp, ‘Narkissos’, was recently chosen to be presented at The Tank Space for Performance and Visual Art, and also the featured performance at the Queens New Music Festival sponsored by Random Access Music.  Daniel is the creative director of his own production company, NeerSighted Productions, which explores unique combinations of music, theatre and media arts to create compelling storytelling of original works, with special focus on both educational and sociological perspectives. 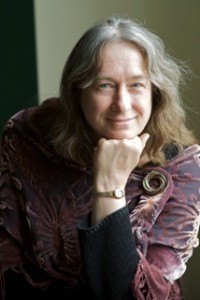 Alyssa Reit For more than 30 years harpist has worked as an independent performer, composer and arranger. She completed her Bachelors and Master’s degrees at the Juilliard School as a student of Marcel Grandjany. She has performed with institutions ranging from the Orchestra of St. Lukes, the Pittsburgh Symphony and the Metropolitan Opera, to contemporary music groups and traditional Irish bands, playing in such well known and diverse venues as Carnegie Hall, Merkin Hall, Tully Hall, BAM, the Public Theater, and The Kitchen. She has performed with renowned storyteller Laura Simms, toured with Patti Lupone and Kevin Klein under the auspices of Lincoln Center Children’s Programs, performed all over Europe with Martha Clarke, and completed a U.S. tour in 2002 with the world famous group Anonymous 4. Working with composer John Cage, she performed in and helped organize “The Grand Harp Event” at the Cathedral of St. John the Divine, and “The Garden of Harps” at the Museum of Modern Art. Recently, she co-produced a concert of new works based on art or architecture for New Music New York’s spring 2008 series. She is founder, artistic director, and resident composer for Singing Harp, an arts troupe directed by New York stage director Terrence Montgomery, which presents fairy tales, myths, and classic stories in dramatic and musical forms. The company performs in locations ranging from schools and small local libraries to the Edinburgh Festival Fringe and such esteemed venues as Caramoor and the NYU Storytelling Series. They have received grants from NYSCA and the Westchester Arts Council, and recently were awarded their second major grant from the Rudyard and Emanualla Reimss Fund in the Westchester Community Foundation through the Westchester Library System to present a series of performances in the 2010-2011 season. Meet the Composer awarded her a residency grant to create a musical/dramatic setting of The Brementown Musicians with children at PS 19 in the Bronx. 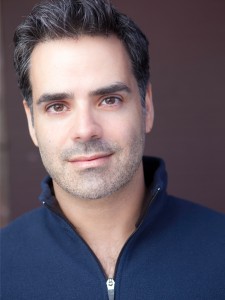 Ted Gorodetzky has staged numerous plays and musical works throughout his diverse career in the arts. Recent directorial work includes Vultures with Rising Sun Performance Company, two play premieres with the New Works 3 Festival at Richmond Shepard Theater in NYC, The Survival Show at Theater 80 at St. Marks, the Works in Progress series for New York Women in Film and Television, Chance, a new drama, at the Porch Light Theatre, Odes to Earth and Air (Director & Multimedia Composition) at Adelphi University, and the original chamber theater piece, Mercury Falling, which was presented by Long Leaf Opera Festival in Raleigh, NC where it garnered critical success and enjoyed an outstanding reception amongst festival audiences. Behind the camera, he has directed the films First Time and Secret Santa Secret, both also his screenplays.

As a videographer and photographer, Ted’s work has been both commercial and creative. He has shot and edited multimedia for theatrical presentation, footage for marketing collateral, and created imagery for websites, theatrical promotion, online and print advertising, event photography and documentary work.

Ted earned his B.F.A in Drama from New York University’s Tisch School of the Arts, and is a proud member of Actor’s Equity Association and the Screen Actor’s Guild, as well as a company member with New Jersey Repertory and founding member of the arts collective ToteM GamBol, with whom he has directed and written numerous plays.