“Carter’s score beautifully conjures icy coldness with tinkling short phrases and fevered delirium with dissonant, skittering chords. The music constantly changes to fit Brian’s mood swings. These are superbly realized by Neer as performer, his voice coloring all Brian’s fears and yearnings while expressing his derangement with haunting physicality… The physical interaction of sculptor and statue is viscerally staged, adding nuanced dimensions to the concept, sensitively shaped by director Ted Gorodetzky… this is a confident, intriguing work.” 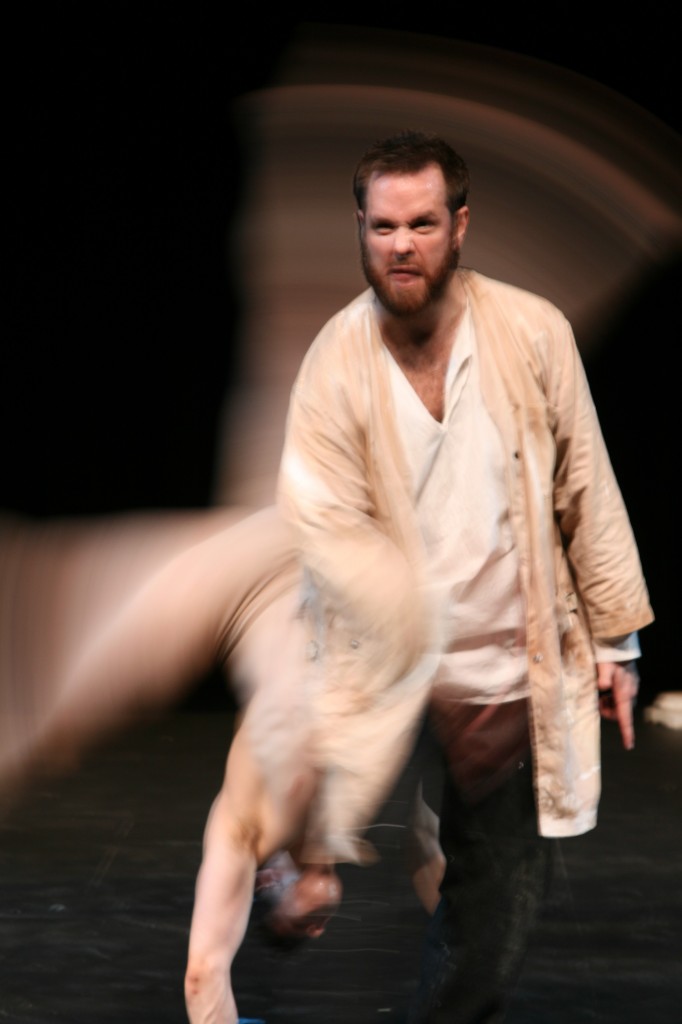 “The four hands on one piano provided music that was in turns mystical, affectionate, conflicted, triumphant, and much more, reflecting the monologue (and, at times, implied dialogue) and action on the stage. The sculptor admires his work, becomes suspicious of it, angry with it, at one with it… Neer’s singing took us through emotional paroxysms of immense proportions… it was a strangely and powerfully moving drama.”

“MERCURY is a joy—a beautiful and unusual combination of music, drama, movement and meaning! This opera deserves many more performances!”

“Mercury Falling, by Chandler Carter and Daniel Neer, is an intense and stunning collaborative effort. This is an important work that brings several art forms together in the telling of this dramatic and tragic story. Mercury Falling deserves the attention a full production would garner; these collaborative artists have created a memorable ‘night at the theater.’”