Chandler Carter’s works—which include over 50 songs, choral, chamber and orchestral works and three operas—have been performed throughout the United States and in Canada and Europe by numerous distinguished recitalists and ensembles. He has received several awards, including two grants from the National Endowment for the Arts. Carter is one of a select few composers to have two operas, Strange Fruit (2003) and No Easy Walk to Freedom (2009), selected by New York City Opera for its annual VOX showcase of new works. Carter’s most recent staged work, the one-act monodrama Mercury Falling, was presented at the 2009 Long Leaf Opera summer festival. According to a reviewer, this work “only strengthens his reputation as an inspired musician.” Carter’s music has been performed and programmed by numerous groups, including the Da Capo Chamber Players, the Quintet of the Americas, the Latin American Wind Quintet, Denver Chamber Orchestra and the Westchester Philharmonic, amongst others. Notable choruses, including the Riverside Choir in NYC, regularly perform his original choral music and arrangements. | chandlercarter.com 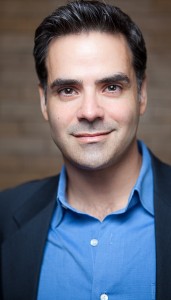 Ted Gorodetzky has staged numerous plays and musical works throughout his diverse career in the arts. Recent directorial work includes Vultures with Rising Sun Performance Company, two play premieres at Richmond Shepard Theater in NYC, The Survival Show at Theater 80 at St. Marks, the Works in Progress series for New York Women in Film and Television, Chance, a new drama, at the Porch Light Theatre, Odes to Earth and Air (Director & Multimedia Composition) at Adelphi University, and the original chamber theater piece, Mercury Falling, which was presented by Long Leaf Opera Festival in Raleigh, NC where it garnered critical success and enjoyed an outstanding reception amongst festival audiences. He is a founding member of Totem Gambol, an arts collective, with whom he has directed and written many works. Behind the camera, he has directed First Time and Secret Santa Secret, both also his screenplays. Upcoming projects: Narkissos, a theatrical song recital, at The Tank in NYC and 2012 Queens New Music Festival (Director & Multimedia Composition), and Barbed Wire Waltz, a biographical cabaret of Robert Stoltz (Co-writer & Director). | tedgoro.com